The first kick-off will be at 9 am and the last game finishes at 6 pm. Teams will play two games between these times.

Why is the NRF FPL happening?

There will be 72 players drafted across 6 teams, but there is no limit on how many can register. The competition is for females and males. Players must be aged 16 years or over.

How does the Draft work?

Each team must have a total of 12 players on their squad (2 goalkeepers). There can be a maximum of four players from a single 2020 SuperLeague squad.

The cost to enter the draft will be $120 per player. If not drafted the player will be refunded.

At the completion of the player registration window, coaches will be provided with a full list of every player who has registered for the Futsal Draft.

Registered players will be able to attend Player ID Games which will be filmed and provided to coaches before the Draft. This is not compulsory but will provide an opportunity for the coaches to see you play.

Following the Player Draft, the coaches can trade players until the Official Team Rosters are confirmed.

NRF will announce the Official Team Rosters and the list of Emergency Players for the NRF FPL competition.

The format will be as follows:

The first kick off will be at 9 am and the last game finishes at 6 pm. Teams will play two games between these times.

Who is the General Manager?

Mark Atkins will be the General Manager for the NRF FPL 2021.

How will the coaches be appointed?

The coaches will be approached and appointed with consultation from the relevant Federations.

When will the draft be held and will it be broadcast?

The draft will be broadcast on Tuesday 9th February.


2021's Draft will take place on Tuesday February 9 at 7pm
Head to www.youtube.com/NRFTV to view the draft taking place.

This game has been POSTPONED

This game has been CANCELLED 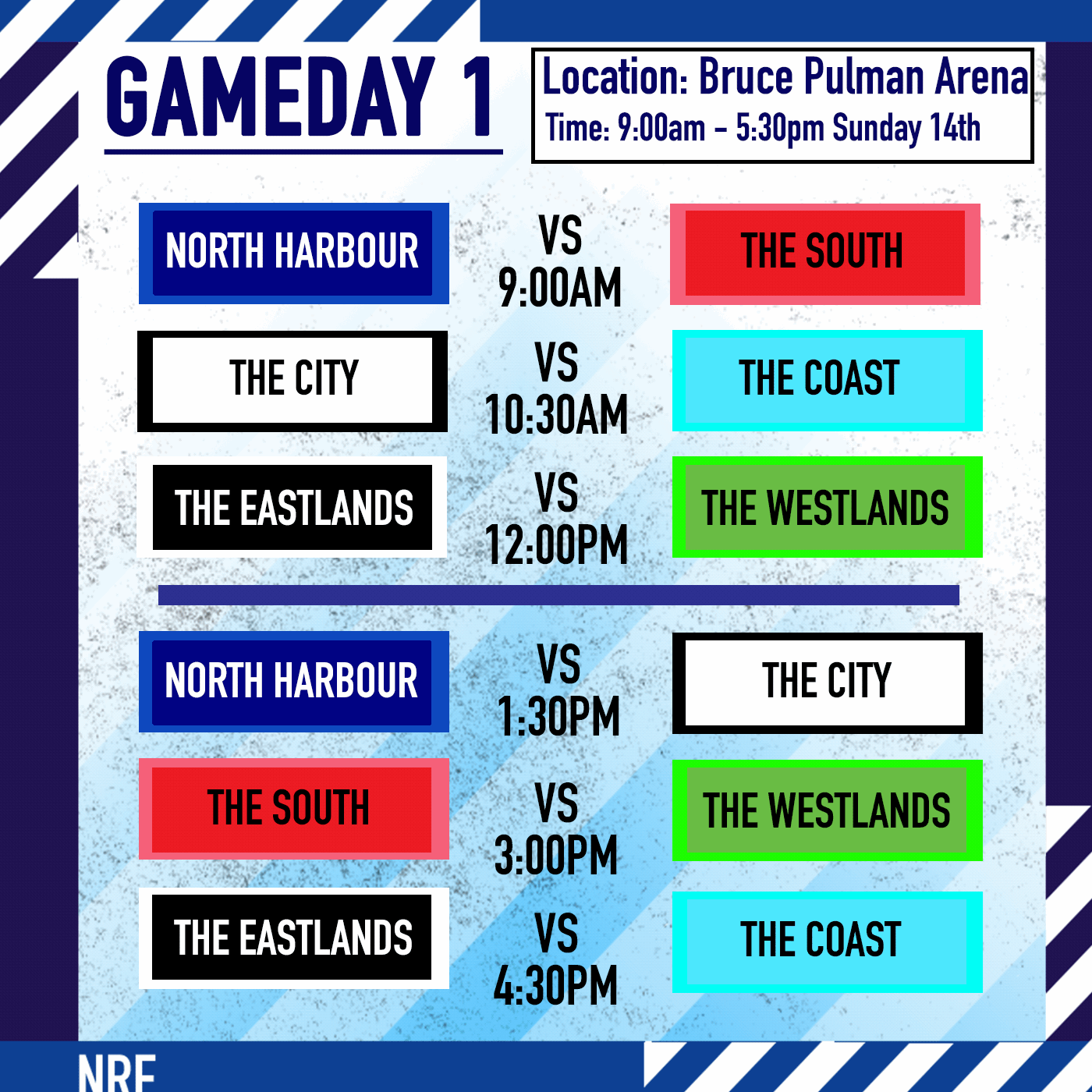