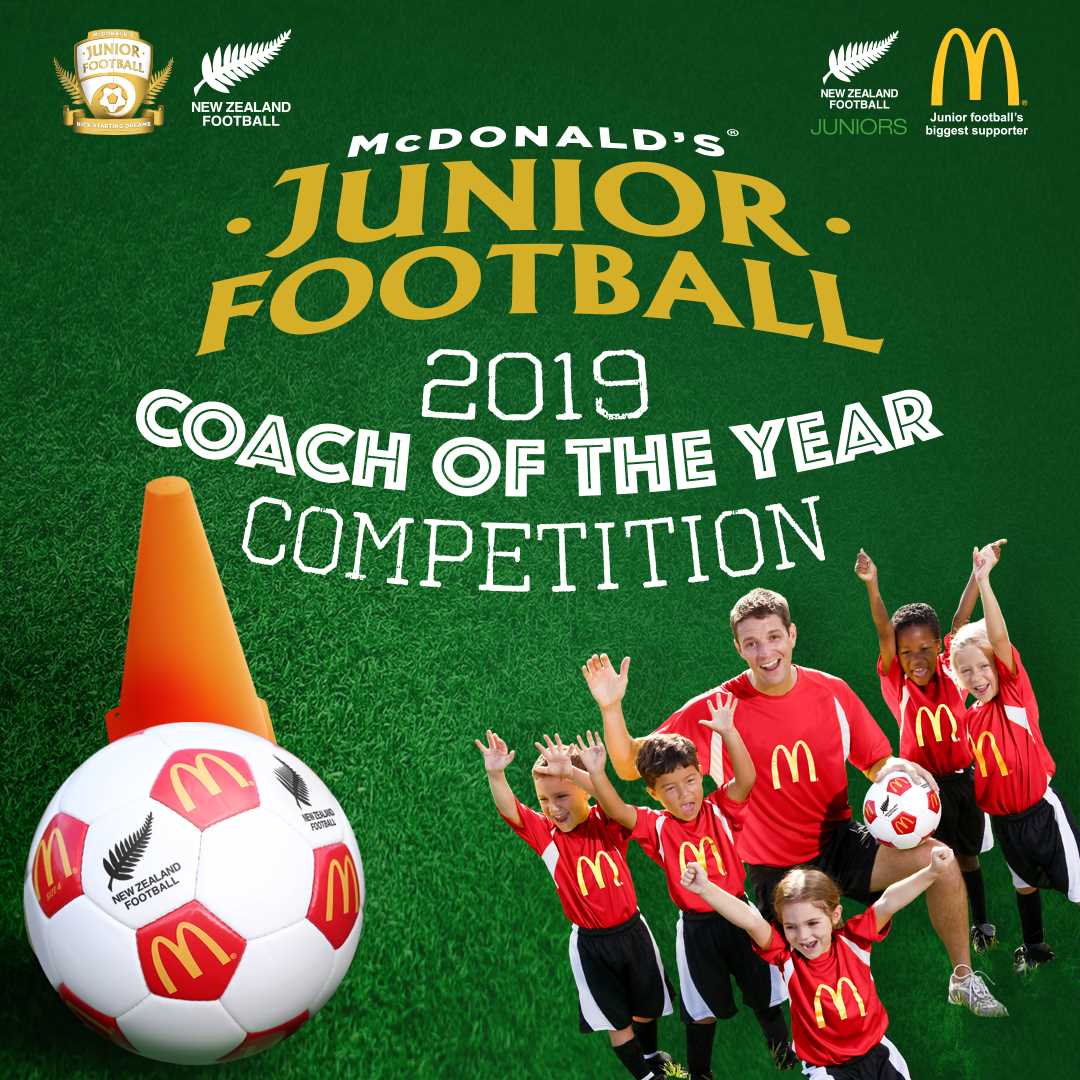 The thousands of junior coaches who generously give up their time are set to enjoy a well-deserved moment in the spotlight with McDonald’s and New Zealand Football once again teaming up to run the McDonald’s Junior Football Coach of the Year competition.

They spend their weekends coaching local teams and making sure children get active, develop their football skills and, most importantly, have fun.

Nominations are encouraged for positive behaviour both on and off the pitch, including supporting players positively from the touch line, introducing new players to the game and helping out in their local community.

The most worthy recipients will all be rewarded with prizes on offer across three tiers.

The national winner will likewise be presented with all of the above and, best of all, will also receive a trip for two to the United Kingdom to attend an English Premier League match including four nights’ accommodation and spending money.

“As the primary supporter of junior football, McDonald’s are delighted to again be offering a competition for Coach of the Year,” says Simon Kenny, Head of Communications for McDonald’s NZ.

“It’s been great to see the competition gain momentum over the last few years and a big increase in the number of nominations received," he adds.

“As a junior football coach myself, I recognise the importance of the coaching role and understand the commitment that is involved throughout the season.

Whether children want to have fun, make new friends or follow in the footsteps of their heroes on the world stage, junior football coaches support them to kick start their dreams.”

New Zealand Football Coach Development Manager Owain Prosser is pleased to be able to recognise the efforts of the country’s volunteer coaches and believes they have a vital part to play.

“Volunteer coaches are key to helping young footballers fall in love with the game,” he says.

“Their role is to help children have a positive experience at an early age, igniting a passion for the game and learning skills that will be with them for life.

New Zealand Football are delighted that McDonald’s are rewarding our junior football coaches, valuing the high-quality work they do and the sacrifices they make.”