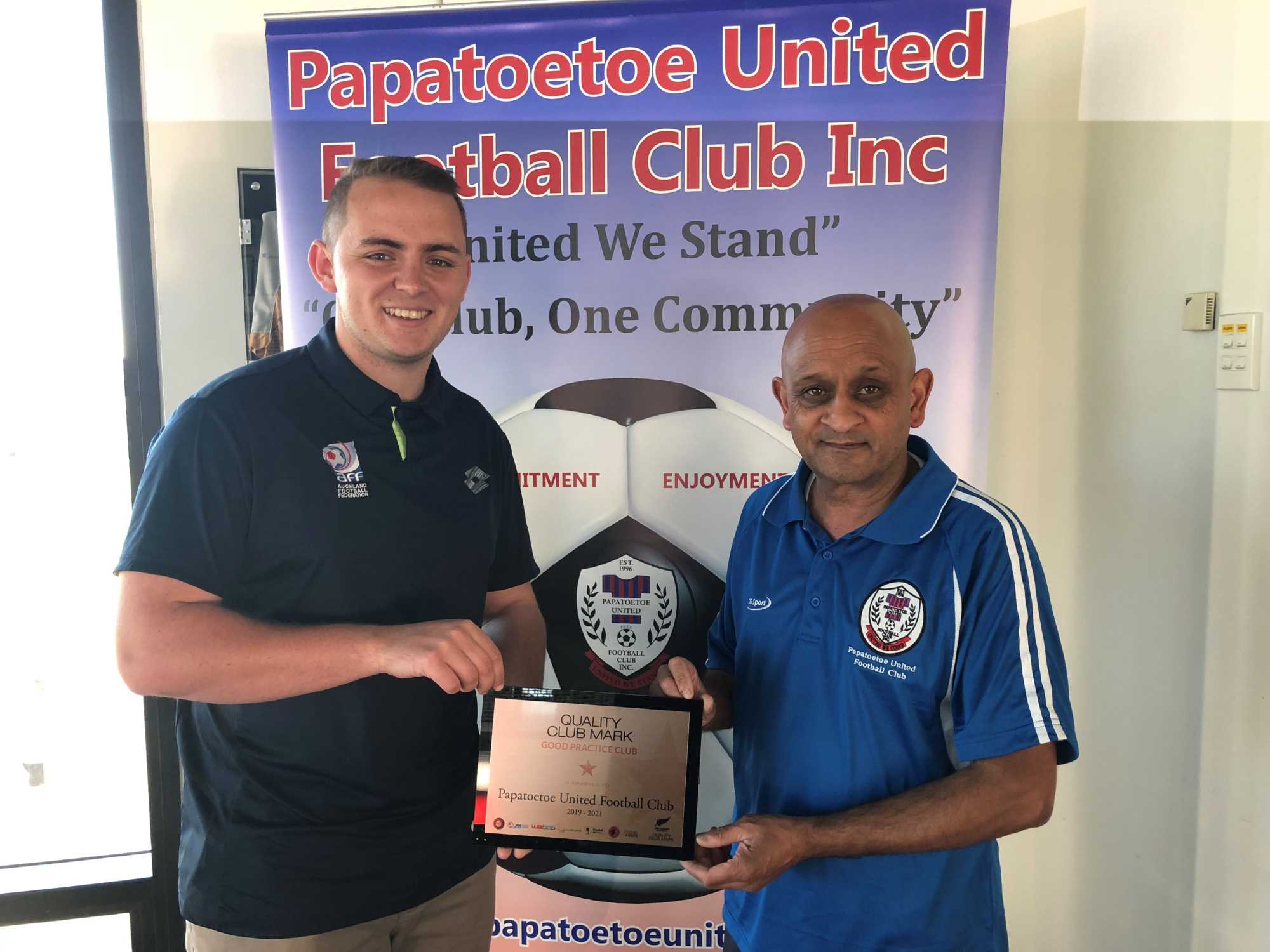 Papatoetoe United become the fourth club in the AFF region to earn the one-star QCM award and Club President, Anil Ranchhod is happy with the progression and growth of the club after providing a strong footballing service to the community for over 21 years.

Ranchhod is pleased to receive the QCM award and says the plaque represents a sense of hard work over the past six months, with the general outlook of being known as the Quality Club in the area.

“This is a very special award for us, we’ve been working on this for a number of years” Ranchhod said.

“We had all the parts in terms of the evidence and the documentation, or most of it anyway, and it was just a matter of putting it all together.”

“The process really challenged us to look through our records to find photographs, video evidence and written evidence to support our case to gain the QCM.”

“We lost our way for a while and went looking for other things and then when Liam [Hunt] came on board, he talked us through the whole process and hey the rest is history, we’ve worked hard for the last six months to get where we are today.”

Despite the strong focus on the Quality Club Mark over the past six months, Ranchhod’s main passion for the club is to provide a platform and service for all the junior children wanting to play football within the community.

However, Ranchhod feels the club could do with some more volunteers and hopes to have more parents involved for next season to ensure the juniors enjoy their time playing football for Papatoetoe United.

“I’ve made no secret of the fact that my passion is the juniors, I get involved with the first kicks programme we run on a Friday night here at Kolmar, it’s fantastic seeing the kids have fun” Ranchhod said.

“A lot of people think that I live here at the club and in actual fact there was an incident where my wife and I hopped in a car one night after a meeting and a couple of kids from the 7 aside programme couldn’t understand why I was hopping in the car with this women, because they thought I lived here.”

“But like a lot of clubs, we do struggle for volunteers, so hopefully this will put us in a good stead to get more volunteers to help us out with our vision.”

“We’re a growing club, we’re still learning, we want to establish ourselves as a Quality Club in the area, we’re doing things for the right reason and we hope to encourage more and more kids in the area to play football.”